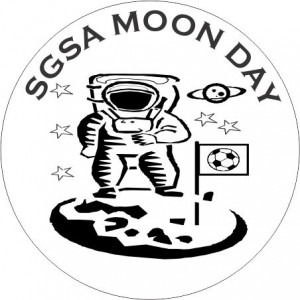 Our 2022 Moon Day Tournament has been CANCELLED

We are sorry for any disappointment the cancellation of our Moon Day Tournament causes. We are grateful for all your support and look forward to seeing your teams in the summer of 2023!

Our tournament is a Premier tournament featuring teams from across Alberta as well as teams from B.C, Saskatchewan, and Yellowknife. We open our tournament to U9 through U19. Most teams will have the luxury of playing the majority of their games at Fuhr Sports Park.

Fuhr Sports Park will be the location of our tournament headquarters and has many amenities, including:

Please browse our list of accommodations and local amenities here.

A Brief History of the Moon Day Tournament

Back in the earlier 2000’s there were not near the number of Edmonton area youth soccer tournaments that there are today, especially later in the season. Two zones in the Edmonton Minor Soccer Association (EMSA) recognized this and got together to create a later season “provincial warm-up” tournament for teams advancing to provincials and a season-ending tournament for teams who did not qualify for provincials. The Spruce Grove and the Edmonton West zones began the planning and sanctioning process for such a tournament in the winter of 2007/08 and by the early spring of 2008 everything was in place. This new tournament would be held in Spruce Grove the third weekend of July, 2008.

During the planning process several names for the tournament were thought of and bantered about. Those planning the tournament wanted something different, something that would catch people’s attention and make them ask “why is that the tournament name?” Historical events happening in later July were looked at as a possible source of inspiration for a tournament name. On July 20th, 1969 one of mankind’s greatest accomplishments took place, landing a man safely on the moon. Neil Armstrong, one of three astronauts on the Apollo 11 lunar mission, took those few steps down the ladder of the lunar module and then stepped upon the moon saying those now famous words “This is one small step for man, one giant leap for mankind”.

Realizing the anniversary of this major historical event happens very close to the time of the tournament, it didn’t take long for the name of “Moon Day” to be suggested and accepted as the tournament name. By naming the tournament the “Moon Day” we are paying tribute to one of mankind’s greatest accomplishments and we have a name/logo that has certainly caught people’s attention as every year we have several people ask why the tournament is called the “Moon Day”.